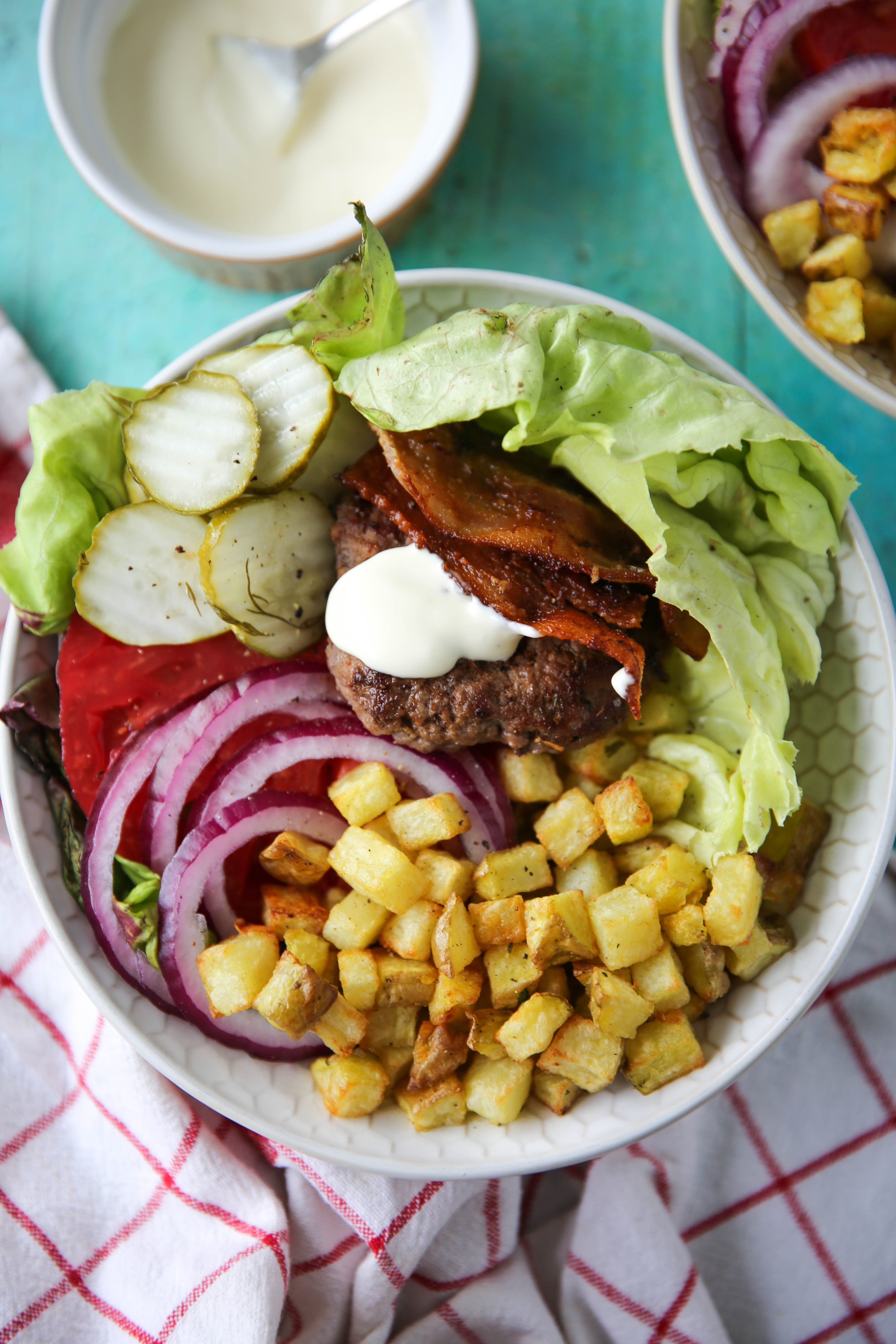 If you’re anything like me, you’re down for a bomb ass burger. Whenever I go to a restaurant, especially a sketchy one where I know it will be challenging to eat healthy, I always order a burger with no bun. If they f*ck up a naked ass burger, they shouldn’t be in business. And I’ve experienced that quite a few times. But at least I didn’t go home feeling like complete crap from the bun. Ya win some, ya lose some. When you order a burger with no bun, it’s pretty much like a burger bowl. They just don’t serve it in a bowl. Idiots. What I like about bowls is that you can cut up everything to the same size and mix it all together. Then it’s this happy parade of flavors with every single bite. It’s a lovely experience. Unless you’re one of those people who hate when their food is touching. Get outta here, man. You’re better than that. You’re a grown up! 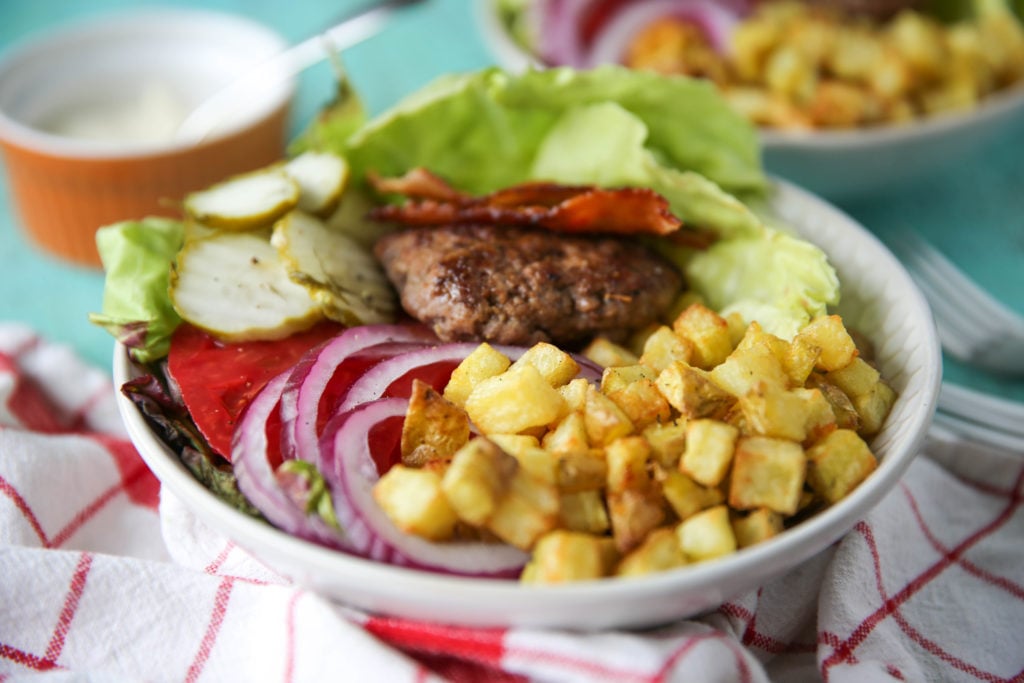 I used to be the PICKIEST eater growing up. I would barely eat anything unless it was MacD’s or a Dairy Queen blizzard. Those were the good ole days. The days before I found out that my body was killing itself from the inside out by consuming these foods regularly. I also had the same hatred for my food touching. I think that’s a pretty normal for a child. But as I get older, I find it so funny that so many adults have the same tendencies as kids. They hate certain foods, they don’t like their food touching, and they won’t try anything new. What the hell? I feel like this is something we are all suppose to move past as we age. I hate me some liver, but I’ll sure as hell try it if it is offered. Because I’m a grown up with ever-changing taste buds. But when someone tells me that their husband won’t try certain things they make because they are a picky eater…oh man. That makes me want to fight a b*tch. Knock it off, people!! Mush that food together! 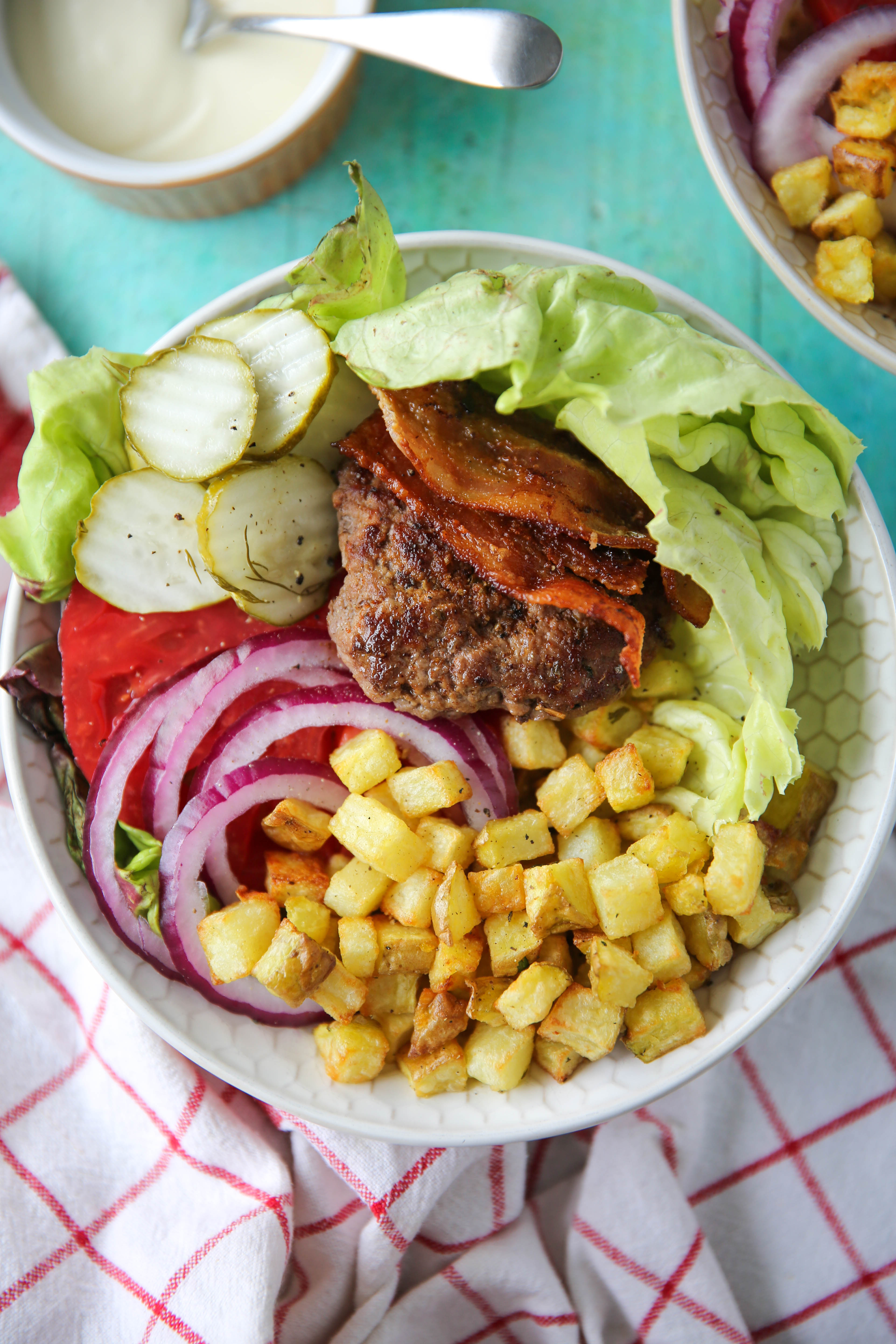 Speaking of annoying semi-grownup weirdos, have you guys been watching the new season of Bachelor in Paradise?? I didn’t watch the last Bachelor or Bachelorette because I just couldn’t commit that much time to people who bored the hell out of me, but now I’m back in. The trash drama is too good to turn away from. 4 hours of trash TV per week? Why not? It’s summer! Which really means nothing because since I no longer have a summer break, but whatevs. There is so much making out, so much hooking up, and now, so much fighting. Watching grown men try to fight each other in slippery sand is magical. And this whole Jordan-Demi friendship is GIVING ME LIFE. I literally LOL at their judgy comments. Maybe I could have them guest post on the blog. Fingers crossed. 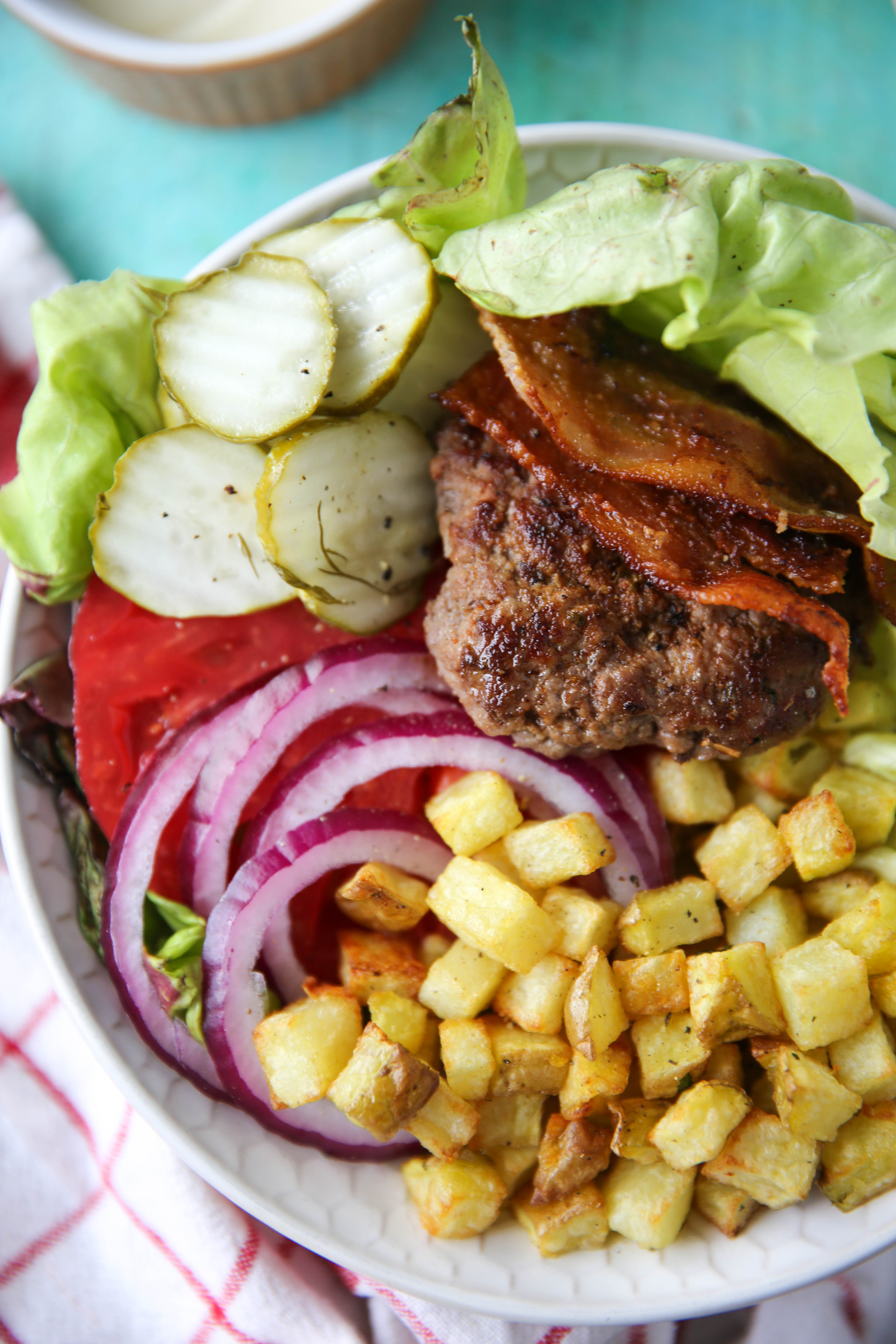 Now on another completely separate note, because that’s how my brain works, I’m currently in depression mode. Why? Because I found that house of my dreams, even though I really didn’t have any house dreams before I saw this place, and it went under contract a day after we walked through it. We’ve been talking about looking for a different house for approximately 6 minutes and I found this house on a whim when I was too lazy to get my work done and was just scrolling through the internet. We walked through it the next day and I fell in love hard. I’m still hoping that something falls through with the new owners, but that’s obviously just wishful thinking, not realistic thinking. And now no other house comes close to this one. You guys, I legit cried when I found out this house sold. What is wrong with me? I either truly fell in love with an inanimate object or I’m still detoxing the hormones from getting off of birth control. Either way, it’s been a week and I’m still fully depressed. Will I ever get over it? Probably, but maybe not. Excuse me, I need to get another good cry in. Kloveyoubyyyyyyyye. 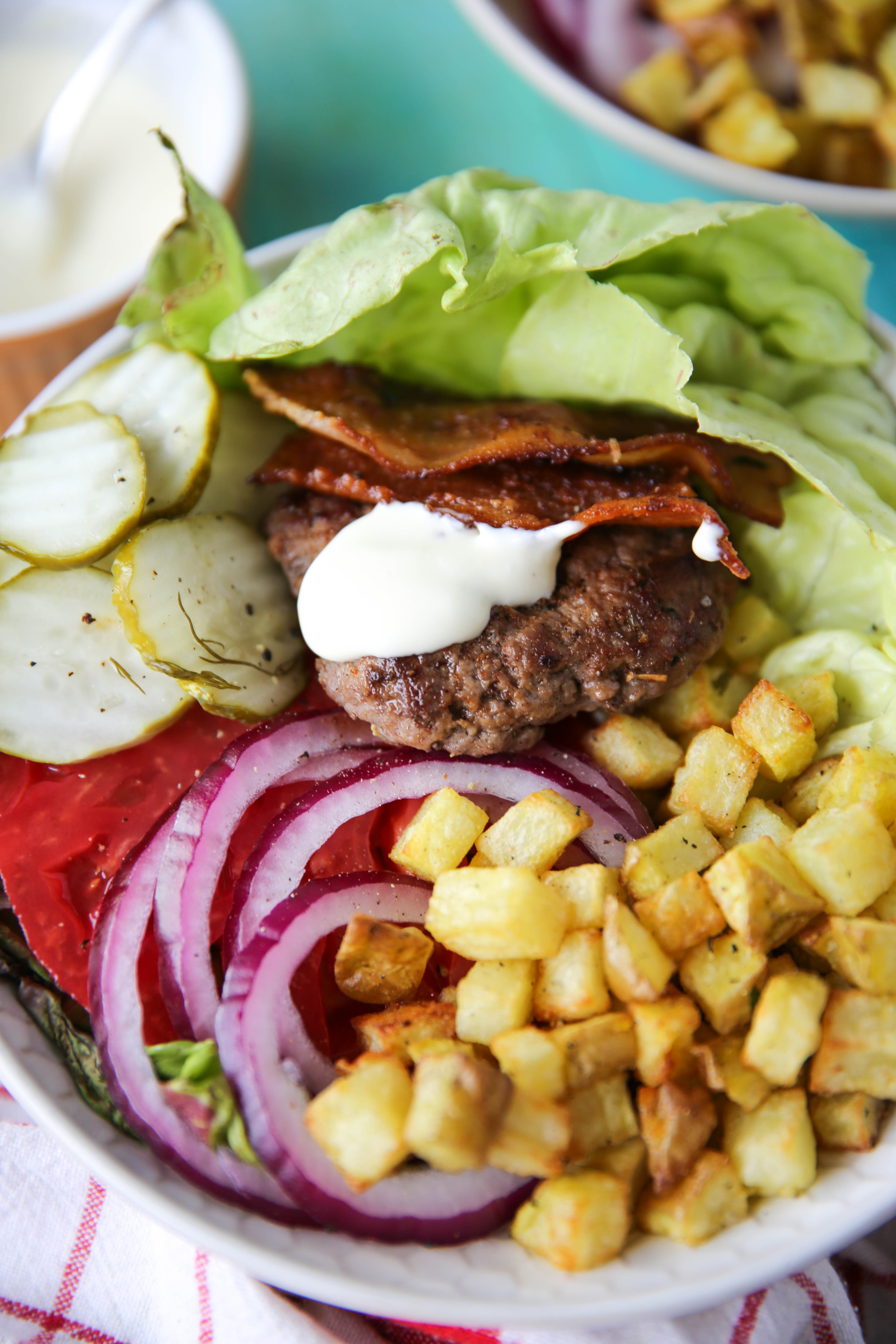 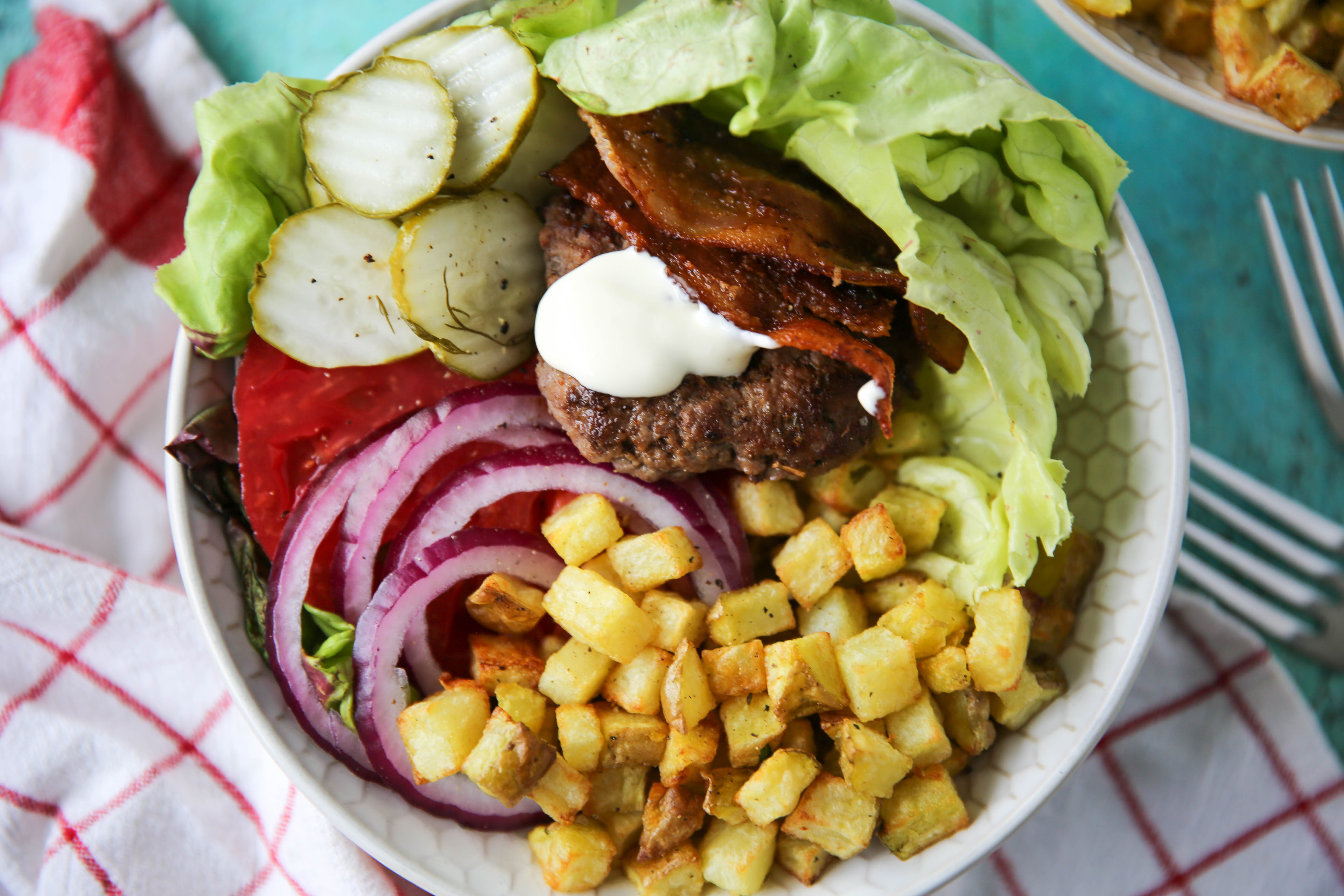 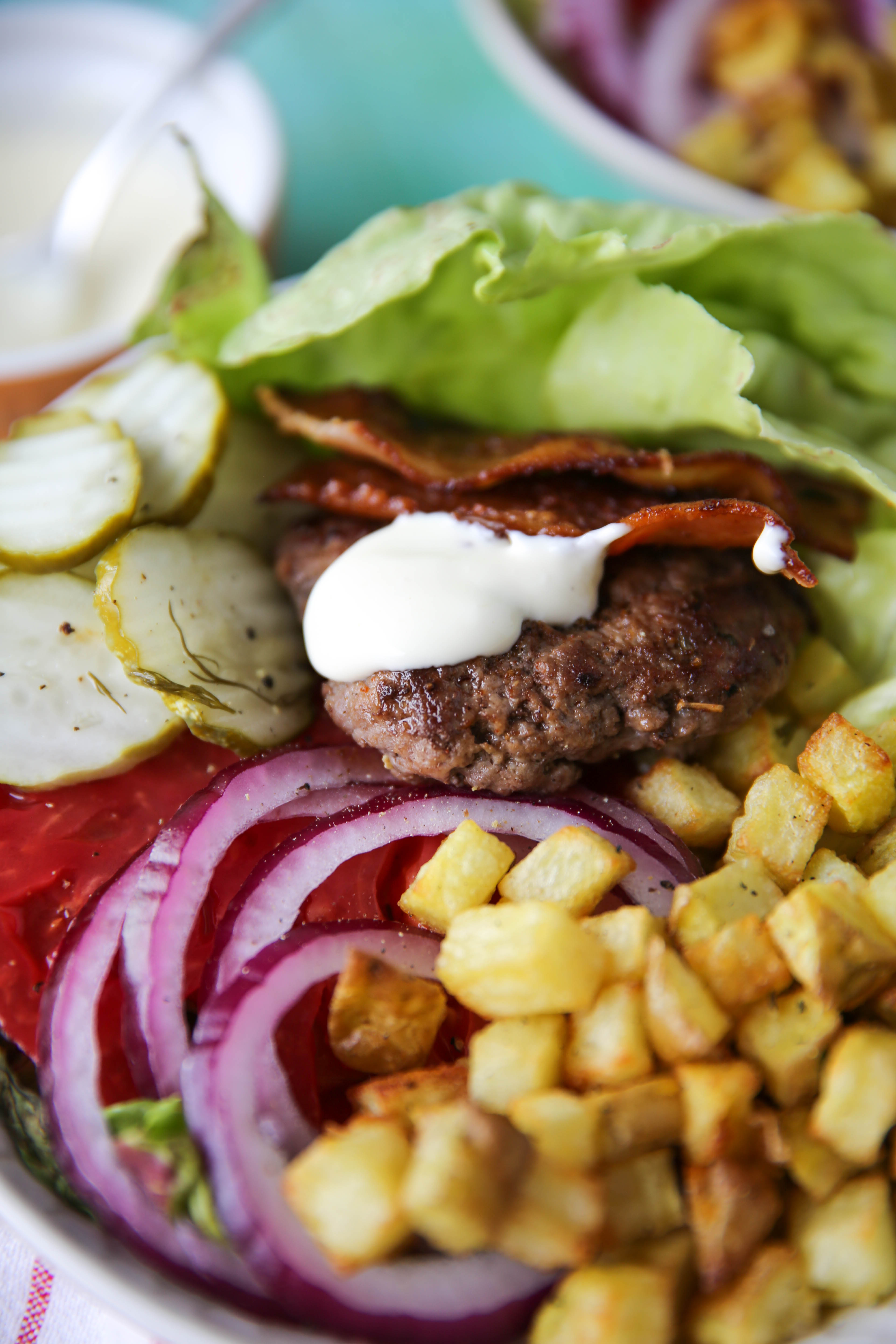 Click Here To Get All My PaleOMG Recipes Into Your Meal Planner With Real Plans!

This post contains some affiliate links and I may be compensated, but all opinions are my own. This compensation helps with expenses to keep this blog up and running! Thank you for all your support!