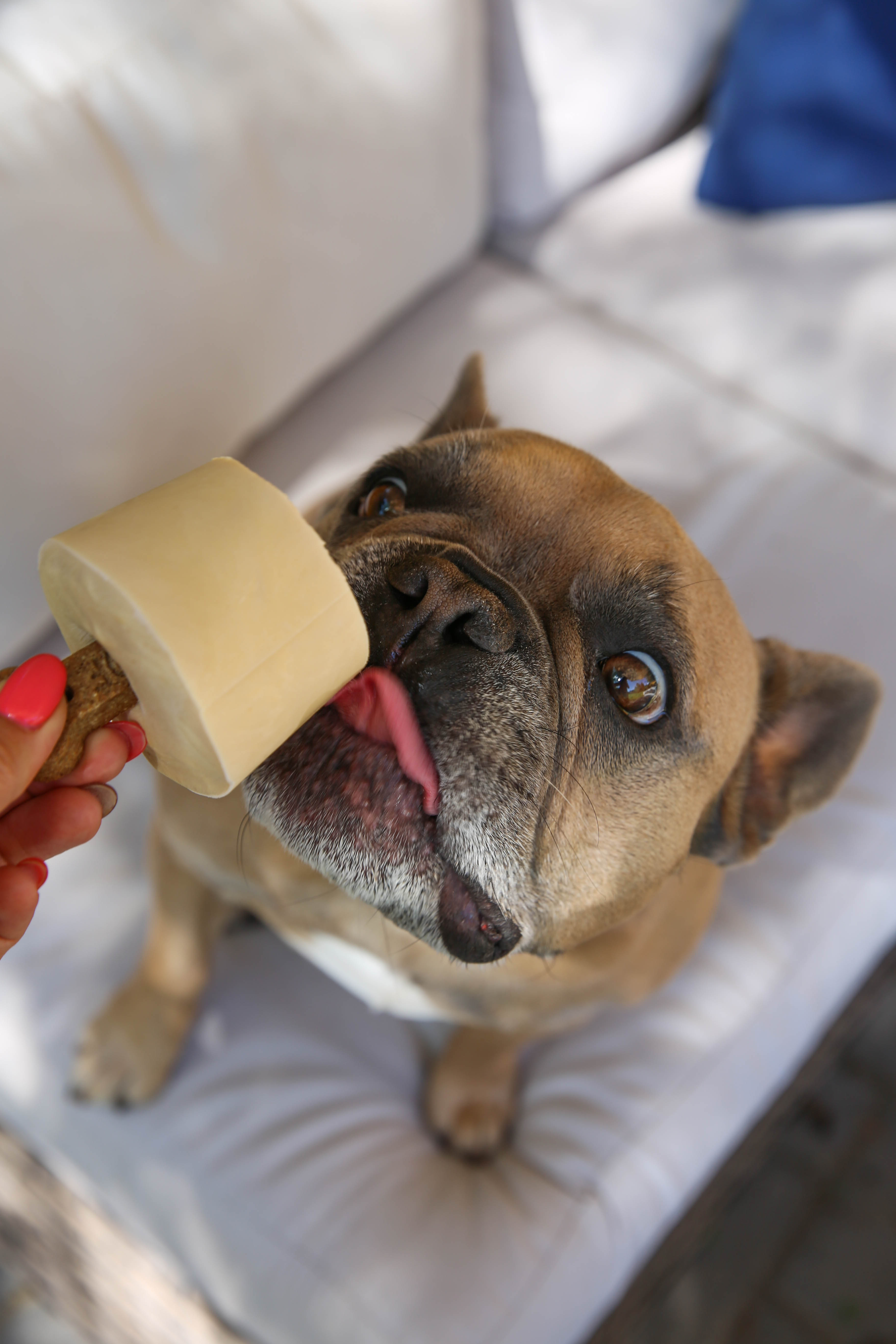 I’ve wanted to make Jackson some pupsciles for a while now and when it finally hit almost 100 degrees last week, I decided to make it happen. It’s safe to say he’s OBSESSED. I mean, it’s 3 ingredients that he could eat until he passed out so I knew they would be a hit. When I served him one for the first time, I think he went into a euphoric state. His eyes pretty much rolled back in his head and he kept trying to eat the entire pupsicle in one bite. It was pretty damn cute. I love him so damn much! And I miss the crap out of his while I’m in the Bahamas right now. How can we love an animal so much?? 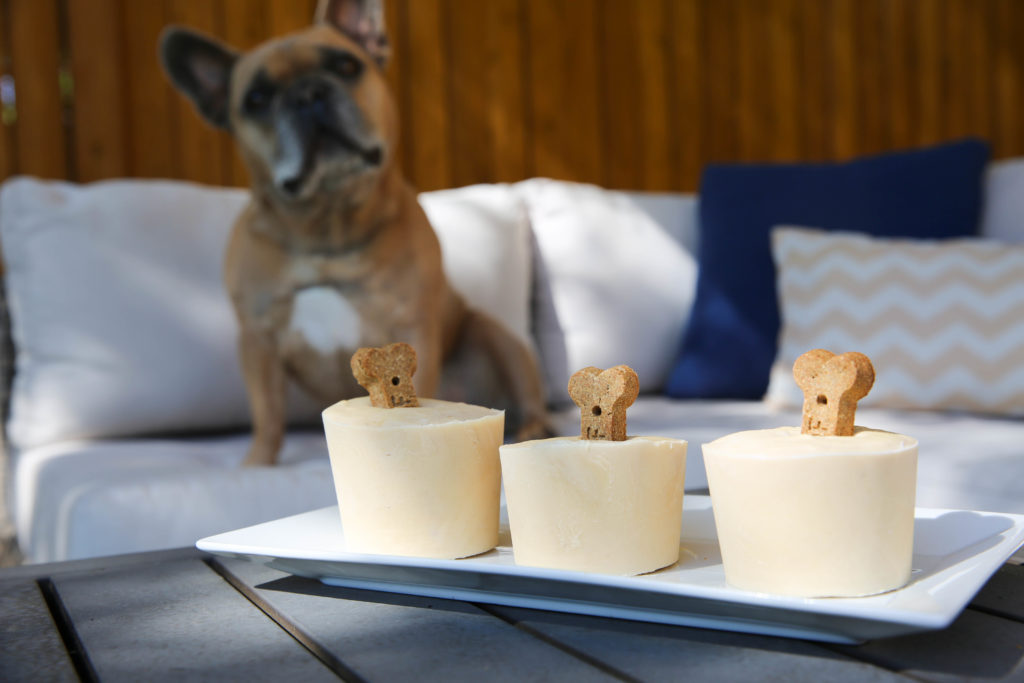 Just a heads up, this recipe is NOT paleo. Because Jacksons’ not paleo. But all three of the ingredients in this work really well for his own body which is why I created them this way. When I made these, all I had at the house were medium sized paper cups, but I highly recommend making these in small paper cups since they are pretty calorically dense and you don’t want to give your little pup a stomach ache. You may want to give them 14 of them because they are so cute when they are eating them, but control yourself. The ree isn’t cute. Now let’s take a moment to watch how adorable Jackson is while consuming a pupsicle for the first time… 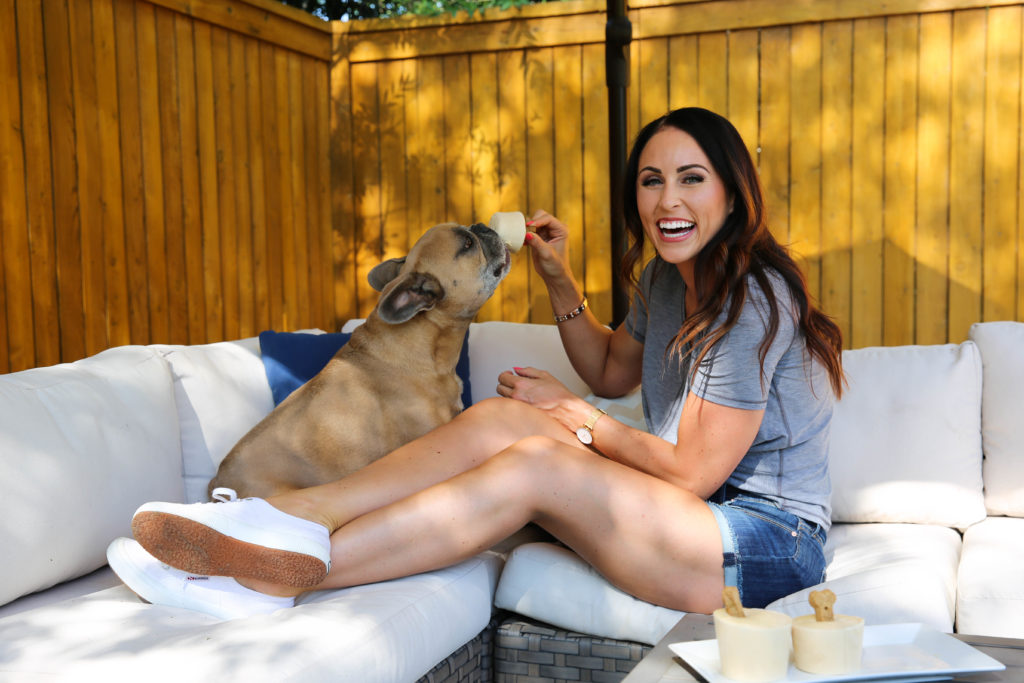 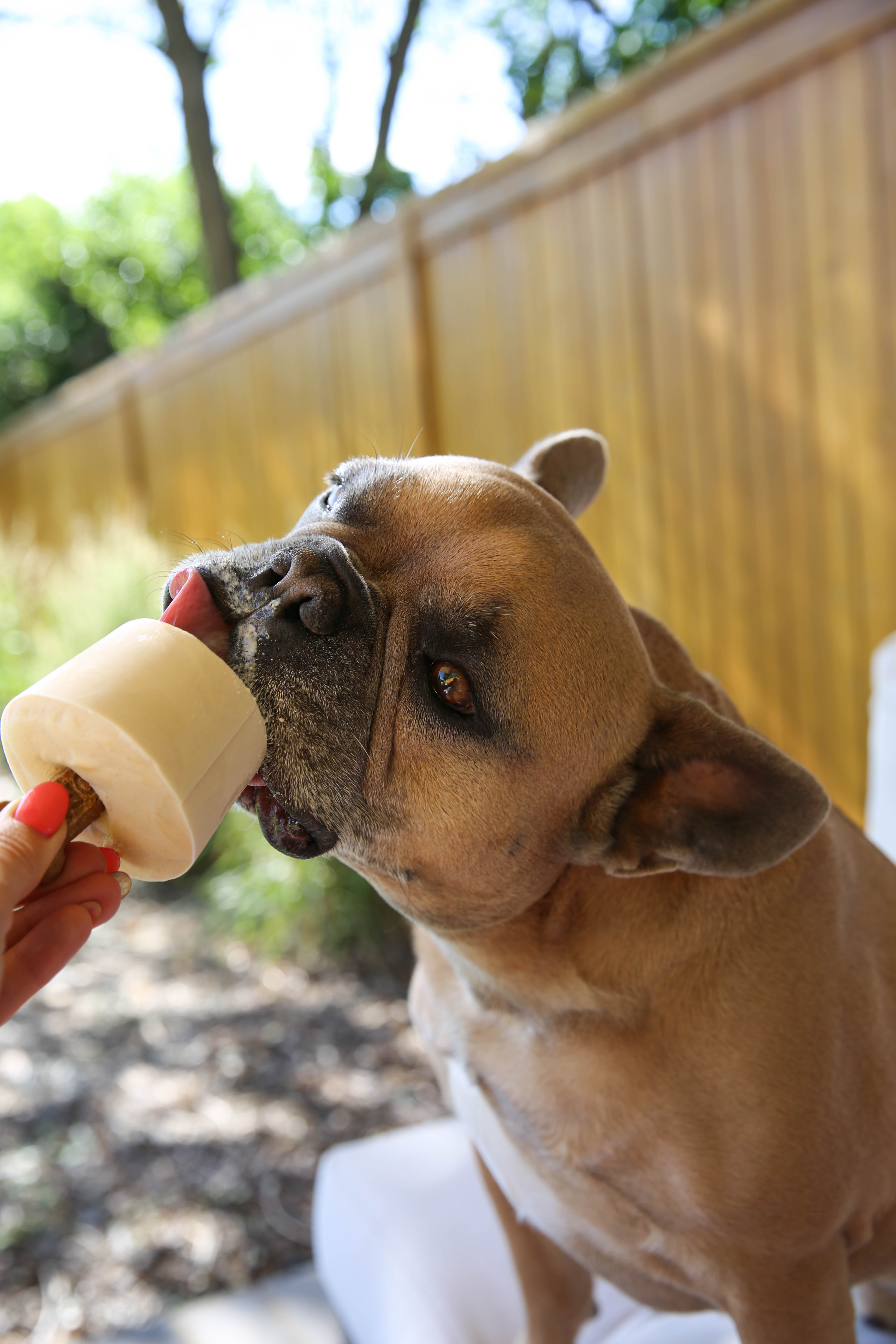 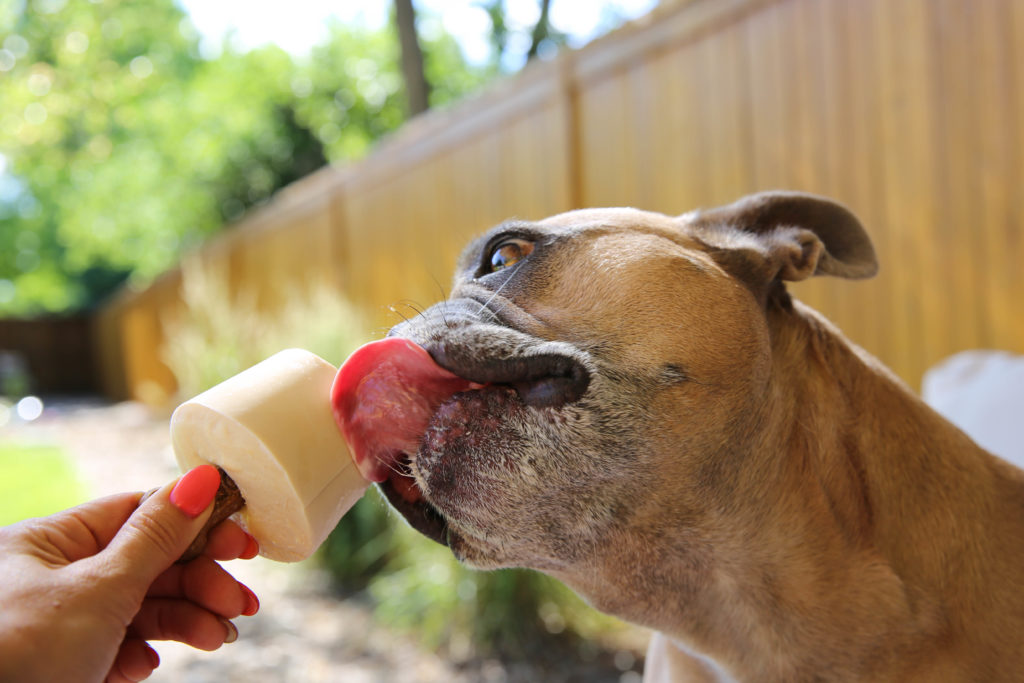 I can’t even handle his cuteness. Below is him trying to bite the whole thing and take it out of my hands. What a little gem. Hopefully your pup loves this treat as much as Jackson does!! 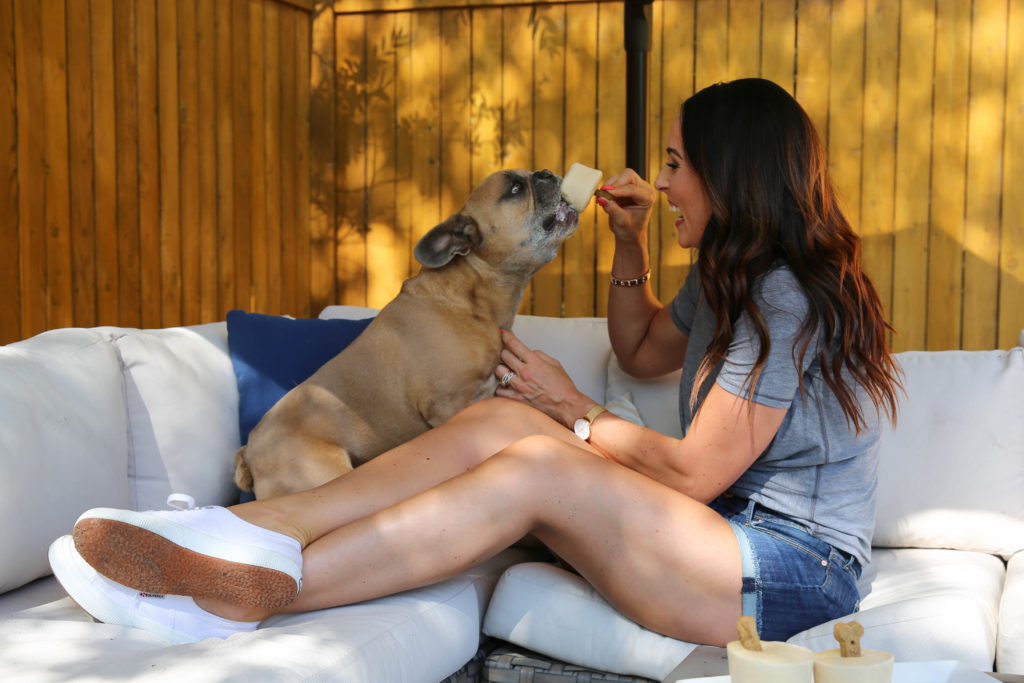 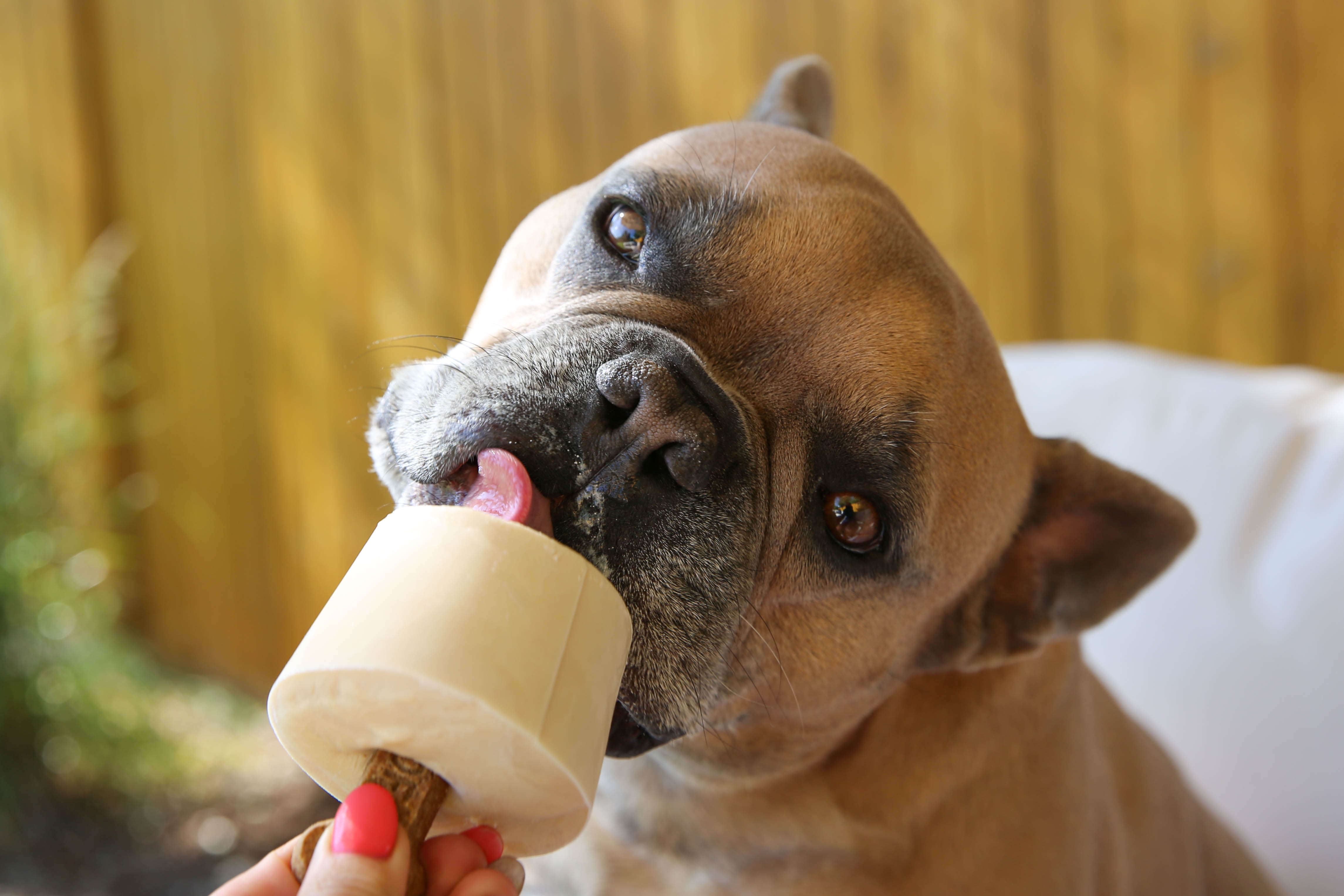 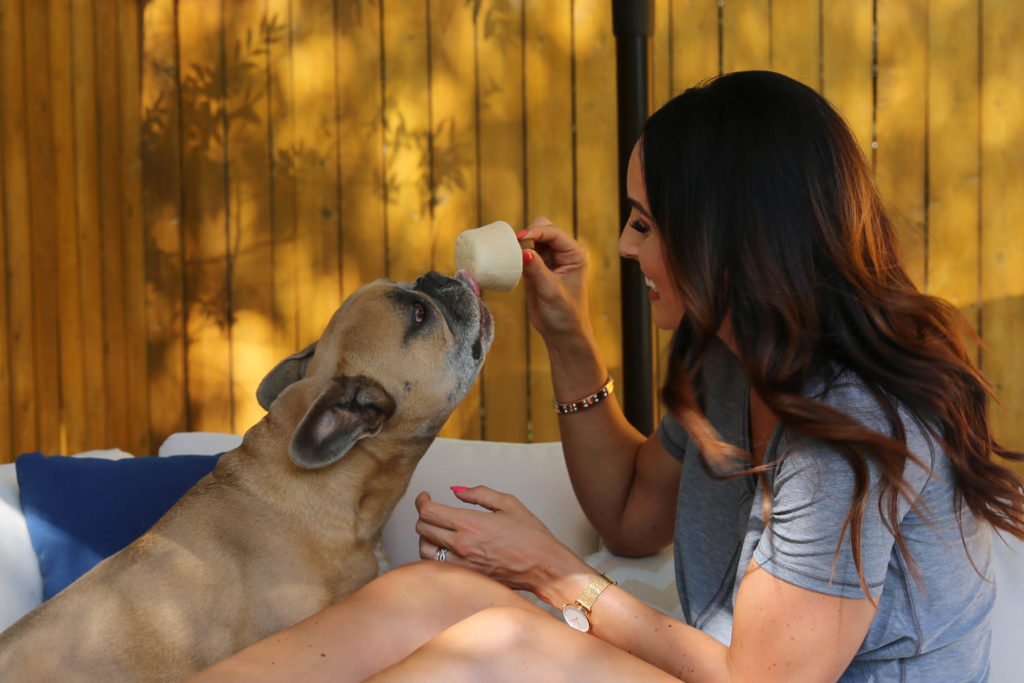 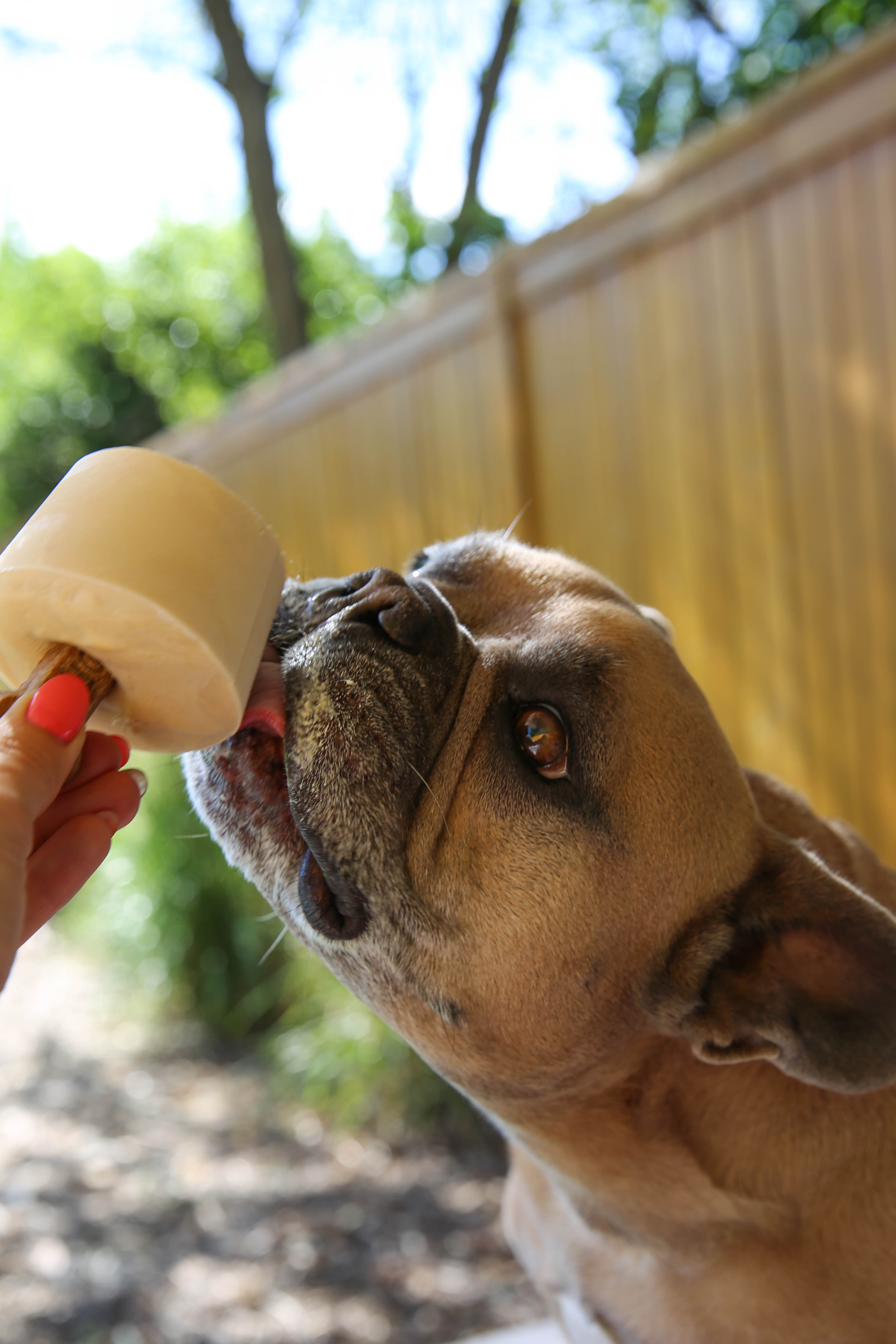 I may be compensated through affiliate links in this post, but all opinions are my own. This compensation helps with expenses to keep this blog up and running! Thank you for your support with PaleOMG!