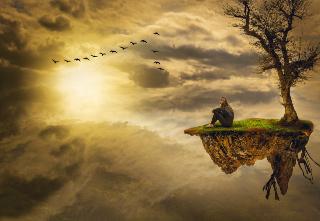 My staff and I are quite close. Things stay busy these days, so there isn’t a lot of downtime, but I’ve worked with some of these folks for over a decade. We don’t discuss every grisly detail of our lives with each other. But we do share. We care about each other.

So when one of the Worker Bees mentioned he was having some potentially serious medical issues, I asked for details. Turns out he went to his doctor for a hard lump on his throat that was getting progressively bigger. Initial pokes and prods were inconclusive. An MRI led to a biopsy, which led to an email in the middle of the afternoon with the results and a hell of an opener: “This may be a cancer.” May helped. It wasn’t a sure thing yet.

For the next couple months, he continued getting tests to confirm one way or the other. A full body scan confirmed hypermetabolic activity in the lump, just like an active cancer would show. No other tissues showed up on the scan, meaning nothing had spread or originated elsewhere. No cancer confirmation, but his doctors were definitely leaning in that direction. He had meetings at the cancer center, filled out end-of-life directives, got a special parking pass. It was intense.

It wasn’t supposed to happen to a man like this. A wife, two kids, dogs, chickens, a new house, a job working in the health, fitness, and nutrition industry. Mid 30s. Fit, eats well, a strong foundation in Primal health principles. But happening it was.

Here’s what he said to me:

“Whatever happens, this has changed my perception of reality for the better (I think). I live in a different world now, rich with meaning and love and powerful emotions. It’s remarkable.”

As he put it, when you think you’re dying, the nonsense you’ve been perpetuating falls away to reveal the essentials. It just happens on its own, and you get a glimpse of what really living entails.

Hugging your kids. Kissing your wife. A stroll after dinner to watch the sun dip below the horizon. A hawk soaring overhead. All things you’ve done and watched before, only now it’s different. Everything becomes imminent. Your concepts of the world and space-time condense. There’s less time now, but instead of getting frantic about it, you slow down and savor the moments. You’re present. Things that might have ruined your day or mood just roll off your back.

He saw it as a rare gift, and I have to agree. For all intents and purposes, he was dying (he wasn’t, but his nervous system didn’t know the difference). He got to make all the amends, undergo the self-realization, think about all the dreams and regrets he had accumulated or almost accumulated, and view things he took for granted in a new light. He got to prepare for death.

And then, he got good news. Exploratory surgery with an immediate biopsy right there in the operating room revealed that it wasn’t cancer. It was a cyst. They removed it. He went home, none the worse for wear.

The trickiest part of his whole experience has been figuring out how to keep it fresh in his heart and mind. How can he take what originated as a visceral response to the perceived threat of dying young and make it established policy? Turn it into wisdom that persists even when the threat has gone? The lump’s gone, and it never actually was a real threat. Will the insights remain?

That’s the eternal battle raging inside us, isn’t it?

We have these massive epiphanies triggered by events large and small. They change us, make us see the world from a different perspective. The prospect of random cancer helped the Worker Bee realize what he was taking for granted and glossing over. But when the direct effects of the trigger wane, we tend to let ourselves go. We get sloppy, complacent, and return to our previous incarnation.

Figuring this out seems like the key to happiness, success, meaning, world peace, and everything else we claim to hold dear. If we could get a handle on that slippery aspect of human psychology—the tendency to let learned wisdom flit away because the initial trigger resolves—there’d be no limit to what we could do as individuals and a species.

As we near the halfway mark of 2018, I want you all to ruminate on this matter.

Let me know what you think, what you’ve learned down below. We all have stories like this. Candid details welcome and encouraged.

Thanks for reading, everyone. Take care, be well, and next time you hug a loved one, feel that hug for the miracle it is.