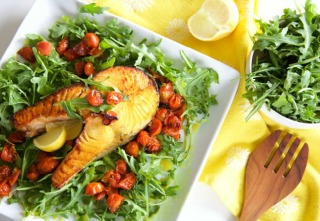 There’s a reason this cut of salmon is a called “steak” and it’s not only the shape. Salmon steaks are thick and meaty and can be just as satisfying as a regular steak. The middle bone and surrounding skin keep the fish from drying out while cooking, ensuring that your salmon will be juicy and flavorful.

Time in the Kitchen: 20 minutes 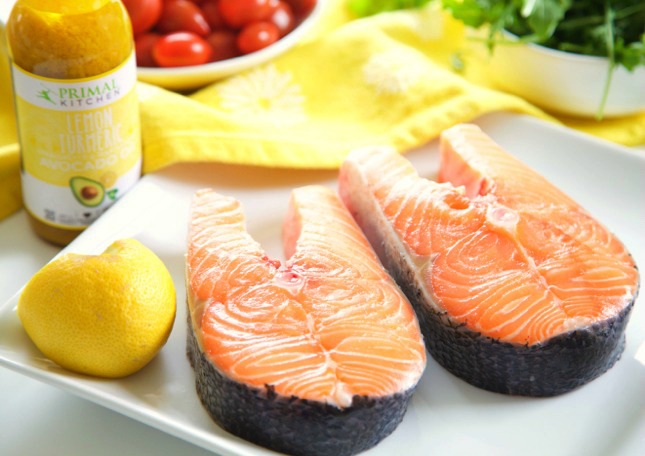 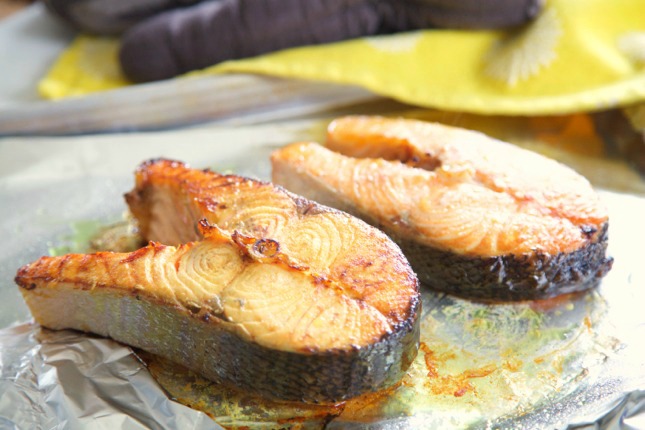 Scatter the arugula evenly on a large platter. Set aside.

Heat broiler to high. Place steaks on a rimmed baking sheet lined with foil. Brush a thin layer of Primal Kitchen Lemon Turmeric Vinaigrette on the top of the salmon steaks (reserve the rest of the vinaigrette to dress the salad). Season the salmon lightly with salt and pepper. Broil for 5 to 7 minutes, until the top of the salmon is nicely browned – keep an eye on it so the edges don’t burn. Flip the steaks over, and broil 3 to 5 minutes more, depending on the thickness of the steaks

While the salmon cooks, heat the oil in a skillet until hot and shimmering. Add cherry tomatoes. Be careful – oil will splatter. Cook the tomatoes, untouched, for 3 minutes, then stir once and cook another few minutes until the tomatoes are collapsed and blackened in places. Sprinkle a little sea salt on the tomatoes as they cook. Remove the tomatoes from the pan and scatter over the arugula.

Place the cooked salmon steaks on top of the arugula and tomatoes. Drizzle Primal Kitchen Lemon Turmeric Vinaigrette over the platter. 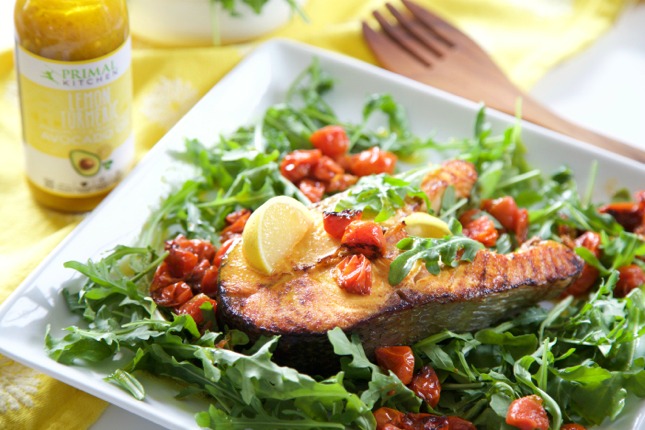