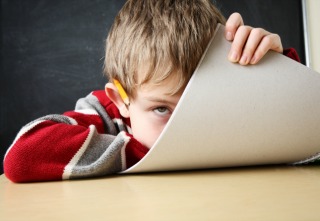 With 6.1 million children in this country bearing a past or present ADHD diagnosis, it’s little wonder folks had a lot to say in the initial post I did on the subject a few months back.  For the most part, people were pumped to discover new potential therapies for themselves or loved ones, or at the very least to find validation in their own hunt for side effect free ADHD treatment. Others questioned the validity of certain alternative approaches, and still more posed questions about other treatments they’d heard about or were interested in.

Is there any substance to the other alternative therapies I added in passing within that previous post? What else shows promise? Let’s dig in….

Many of those seeking other answers to the ADHD question have probably heard mention of neurofeedback, which continues as a debated prospect. As far back as the 1930s, the EEG was being used to condition certain parts of the brain and teach “voluntary control” over a person’s alpha blocking response. In essence, this neurofeedback therapy is intended to enable a person with ADHD to regulate their brain activity, thereby enhancing concentration and moderating behavioral difficulties.

For the most part, controversy surrounding neurofeedback strategies for ADHD has stemmed from a high degree of heterogeneity amongst study approaches, with a definite lack of standardized protocols. Despite this, however, there has been an overwhelmingly positive flood of results from neurofeedback studies through the years, with a 2009 meta-analysis showing substantial impact for inattention and impulsivity, and lesser but still substantive effects for hyperactivity.

A more recent literature review suggests that while certain previous studies may have had overinflated results, trials that followed standardized protocols have reported statistically significant and reliable results in treatment of ADHD. Thus, while neurofeedback therapies aren’t universally successful, they’re definitely worth looking into.

Skim the literature for recent research on acupuncture therapies for ADHD, and you’ll find that most applicable studies have used acupuncture in conjunction with common pharma treatments. This in itself doesn’t reduce the value of the studies, as complementary therapies are often far more effective than standalone ones; however, it does muddy the waters a little in terms of standardizing results.

A Chinese study published in 2015 divided 120 participants into two groups: one receiving acupuncture and psychological therapy, and another receiving methylphenidate. After 12 weeks of therapy, the acupuncture group had significantly better hyperactivity scores than the drug group. In the same year, an Iranian team of researchers showed that just 12 acupuncture sessions in a small group of children already on methylphenidate could improve ADHD symptoms by 23-72%. Because of the small cohort, however, and the lack of control, the results should obviously be taken with a grain of salt.

Finally, a 2015 meta-analysis covering 13 trials and 1304 subjects concluded that acupuncture was either just as effective or superior to other treatments (pharmacotherapy or behavioral therapy) in addressing symptoms of ADHD, with the added benefit of fewer side effects.

Personally, I wouldn’t put all my eggs in the acupuncture basket, but as a complementary therapy it shows promise.

Following my first post, someone pointed out that I’d skipped over a very valuable ADHD therapy: coaching. Everyone is different when it comes to ADHD, and what works for one invariably doesn’t work for another. Most conventional treatments, and even some of the more alternative ones, either don’t or aren’t able to account for this individuality, making the success rate very hit-and-miss. The beauty of coaching is that it’s individually tailored to suit each person’s needs, and I like that there’s an element of accountability combined with a sociable face-to-face aspect that you simply don’t get with a lot of other treatments.

And when we look beyond the subjective, coaching really does work. A 2009 study of 45 adults with ADHD found that coaching had a “positive impact on the lives of people with ADHD,” while a slew of studies on ADHD college students showed that coaching helped to improve grades, boost learning, elevate self-esteem and make academic goals more attainable.

Research shows that ADHD is often associated with a deficit in Gamma-aminobutyric acid, more conveniently known as GABA. A small 2012 study used MRI to determine that children with ADHD had reduced GABA concentrations when compared to control subjects, a finding that’s mirrored in animal studies and has more recently been linked to GABAergic inhibitory neurons.

It stands to reason, then, that supplementing with GABA could improve symptoms of ADHD. Unfortunately, GABA supplementation for the treatment of ADHD isn’t well studied, and certain specialists maintain that supplemental GABA isn’t able to penetrate the blood-brain barrier. Then there’s the whole correlation vs. causation argument, but we won’t go into that.

In fact, I couldn’t track down a single study supporting the use of GABA for treatment of ADHD. An extensive search yielded repeated mention of a standalone study, in which a Japanese medical faculty research team used a natural form of GABA to elicit higher test success rates in students; however, the study itself remains elusive.

While anecdotal evidence suggests it might help with ADHD, I’d be inclined to wait this one out until we know more.

After the previous post, someone commented on the potential benefits of L-carnitine for ADHD. I got to digging, and while I didn’t come up with a lot, I did find preliminary research in the past two decades that shows a possible positive effect from L-carnitine or acetyl-L-carnitine (ALC) supplementation for symptoms of ADHD.

In an earlier Dutch study, 13 out of 24 boys with ADHD who received L-carnitine showed improved behavior both at home and in school. In a 2007 study, 112 ADHD children between the ages of 5 and 12 received weight-based doses of 500-1500 mg ALC twice a day for 16 weeks. While teachers didn’t notice a significant difference in inattention overall, when divided into ADHD subtype there were marked differences: ALC produced superior results in inattentive type children, while it had the opposite effect in combined type children. Clearly, ALC may work for some, but it may make the situation worse for others.

Following the previous post, several people noting that caffeine was actually a pretty useful tool when it comes to ADHD. One person commented that, while caffeine disrupted her sleep, it also helped to improve her focus. Another said much the same thing, pointing out that caffeine can act as a stopgap for that dopamine dis-regulation that’s so part and parcel with ADHD. And, of course, most standard medication therapies for ADHD are stimulants.

That being said, caffeine is surely a double-edged sword. On the therapeutic side of the story, several animal studies have been published examining the role of caffeine as a less side effect-laden stimulant drug in the treatment of ADHD symptoms. A 2011 study found that 14 days of caffeine treatment in rats with induced ADHD brought on a significant improvement in attention deficit symptoms. An earlier study showed that pre-test administration of 1-10 mg/kg caffeine in spontaneously hypertensive rats (considered the genetic equivalent of ADHD humans) significantly improved spatial learning deficits.

At the other end of the spectrum, there’s a lot we still don’t know about the diverse effects caffeine exerts on the human brain, particularly in the case of children. While most research suggests that caffeine is generally well tolerated in “normal” concentrations, children are increasingly being exposed to caffeine above and beyond what might be considered normal. And while a child (or even an adult, for that matter) without cognitive issues might not display any adverse side effects to caffeine, all studies agree that caffeine response is very individual-specific. In higher amounts, caffeine is infamously associated with impaired sleep—a known catalyst for worsening ADHD symptoms—and in anxious people it can dramatically increase levels of anxiety. For some, it might be worth discussing with your physician, particularly if you’re not taking other stimulant drugs or looking for a combination of strategies to get off of a stimulant prescription.

One of our commenters mentioned that she recommends water soluble b-vitamin complexes as part of a healthy regime for keeping ADHD symptoms at a low level. And I’m inclined to agree that this is a good approach, knowing that many people are typically deficient in many of the b vitamins and considering the important role they play in brain development and cognitive health.

While studies that specifically address possible links between b-vitamin deficiencies and risk/severity of ADHD are thin on the ground, this 2010 paper piqued my interest. It examined the role that b vitamins play in the central nervous system, pointing out that b vitamins elicit a similar dopaminergic effect to agonists like methylphenidate. It stands to reason, then, that upping b vitamin intake (primarily through food but secondarily through a good B complex) might serve as a viable alternative (or at least complementary therapy) to side effect laden dopamine agonist drugs.

Add to the fact that supplementing with folate, B12 and B6 has been shown to limit brain atrophy and cognitive impairment, and there’s very little reason why anyone wouldn’t prioritize this group of vitamins. As always, consult the doctor first though.

Someone last time noted how surprised they were that I hadn’t covered the potential benefits of ketogenic-style diets for ADHD treatment. My main reason for this was a lack of studies examining the keto-ADHD link, but it’s a worthwhile discussion.

The only study I’m aware of directly applying keto to ADHD is one on dogs, strangely enough. Published in 2016, researchers found that placing dogs diagnosed with idiopathic epilepsy on a keto-style diet for 3 months helped to significantly reduce ADHD-related behaviors. Back in the human arena, there’s of course a trove of research demonstrating the impressive results ketogenic diets can have on conditions like bipolar mood disorders, Parkinson’s disease, MS, traumatic brain injury, and others.

It doesn’t take much of a leap to establish a possible positive connection between going occasionally keto and improving certain ADHD symptoms, especially those associated with focus and concentration. Once again, this will be an individual process, and not everyone will respond favorably to a ketogenic diet. With kids, in particular, consult your doctor, but for adults and older teens give it a go and see how your body responds.

Finally, I’ll add that there are plenty more suggested strategies and therapies I haven’t yet touched upon, and research continues to highlight new prospects.

In the meantime, it’s all about safe experimentation. No one practitioner or coach is ever going to have all the answers, so it’s up to each of us to do the research, think critically, and assemble what works for us or our loved ones.

Thanks for reading everyone. Be sure to post your thoughts, suggestions and questions in the comments below.