Does the Fasting Mimicking Diet Live Up to the Hype? 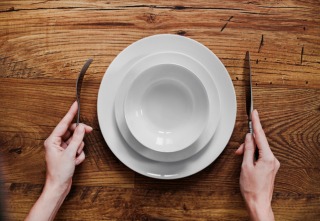 Valter Longo is a leading fasting researcher. Since the early 2000s, he’s been one of the top guys running legitimate fasting studies in cancer patients, regular people, and, of course, rodents. He’s gotten great results, elucidating the idea that fasting causes human cells and tissues to enter “survival mode” which allowed them to survive the withering effects of cancer treatment. I’ve cited many of his studies in previous posts.

Several years ago, he came up with an “easier” way to induce the fasting effect in people: the Fasting Mimicking Diet (FMD). Instead of having people skip food altogether—which may not sound crazy to readers of this blog, but probably does to most people—he designed a low-calorie 5-day diet for people to follow at periodic points throughout the year. Longo thinks the FMD is the best way for people to reduce their risk of aging-related diseases, extend lifespan, and live healthier, longer lives. It’s designed to give cancer patients and other people access to the benefits without the mental deprivation that often accompanies true fasting.

The 5-day FMD is a low-protein, high-moderate-carb, moderate-fat diet.

Most of the fat is polyunsaturated and monounsaturated. The protein is plant-based. The carbs come from nuts, seeds, legumes, and grains.

He even came up with a shelf-stable package of FMD food called ProLon. Instead of weighing and measuring your carrots and mac nuts and olives, you could just buy the 5-day supply of dry food and be on your merry way.

Does it live up to the hype? Does it truly improve lifespan in humans?

There’s certainly nothing wrong with it. Let’s get that off the table. It’s a fine idea. Certainly better than what most people do.

I just don’t know if it offers unique benefits to healthy people interested in extending their lives that other eating plans, like keto or Primal or intermittent fasting, don’t offer.

Let’s take a look at some of those benefits.

In rodents, the FMD has been shown to do some pretty cool things:

But there are some issues with the human study.

The subjects weren’t quite healthy at baseline. They were “generally” healthy, and there’s a difference. Over half were obese or overweight. The average body fat percentage was 34%. No one was about to keel over, but these weren’t lean, athletic types.

We don’t quite know what they ate before starting the trial, but the average American doesn’t have a great track record when it comes to dietary quality. They may very well have been going from a standard American diet full of junk food to the healthier approach promoted by the researchers.

They got healthier. They lost weight and body fat. Their biomarkers improved, suggesting a reduction in risk for some of the diseases that characterize aging. That’s real. But it’s also not unique to the fasting mimicking diet.

Furthermore, the people who were the most overweight and unhealthy at baseline reaped the greatest benefits. The lean, healthy people saw fewer benefits, which is understandable—they had fewer problems to solve.

The meatiest results came in rodent studies. The human study shows that overweight and obese folks can really benefit from the proprietary fasting mimicking diet, but that’s about it. It doesn’t show increased lifespan (study was too short). It doesn’t show organ rejuvenation (didn’t measure). It doesn’t show reversal of type 2 diabetes (didn’t try). All those things could very well happen in humans, and I wouldn’t be surprised—but for the time being, those effects have only been shown in rodents. We are not rodents, as I’ve made explicitly clear before and you can hopefully surmise from your own lived experience.

I see another major problem to Longo’s approach and the crux of his argument: It’s predicated on the idea that lower IGF-1 is a Good Thing.

Older folks with lower IGF-1 levels have a lower risk of cancer. That’s true. That’s important, assuming the connection is causal. There’s good reason to believe that it is.

IGF-1 participates in the etiology of ovarian cancer, is involved in breast cancer, helps sustain cancer cell viability, and affects the prognosis of non-small-cell lung cancer, just to name a few. As a growth-promoter, IGF-1 has the potential to promote the growth of cancer cells.

But IGF-1 levels also have a curious association with all-cause mortality. It’s U-shaped, meaning both super low levels and super high levels are linked to increased mortality risk, and that there’s a sweet spot somewhere between where IGF-1 is helping, not hurting. Lower isn’t always better. Somewhere in the middle is the best for longevity.

And for quality of life and overall health, IGF-1 does some good things after all. We don’t manufacture it in order to kill ourselves.

Resistance training, for example, spikes IGF-1. The increase in IGF-1 actually mediates the increase in strength—the beneficial adaptation to the training. Is Longo or any other longevity researcher going to suggest that lifting weights is bad for lifespan and health? (Oh, I’m sure there’s someone…)

Dying from cancer is awful. Dying in general, from any number of other maladies, is also bad. We can all agree that we want less of both types of death. We also want good muscle strength, bone mass, metabolic function, and all the rest.

Perhaps I’ve come off a bit too harsh on FMD. I don’t intend to. Longo is a great researcher, and the fasting mimicking diet obviously works. Where I take issue is the assertion that it is uniquely beneficial for longevity and health, or that “lower IGF-1” is what we should all be striving for. That simply hasn’t been proven. It may be true.—but I suspect the reality is far more complex than that.

Thanks for reading, folks. Take care, and be sure to let me know what you think about the FMD down below!

The post Does the Fasting Mimicking Diet Live Up to the Hype? appeared first on Mark's Daily Apple.