A Heartfelt Thank You For Giving Me a Decade of Life 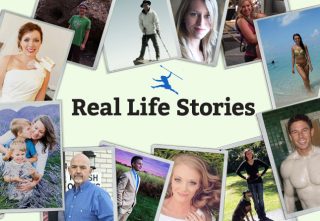 Three months of Primal has already given me an extra decade of life.

Yes, that is an attention grabbing headline but after living Primal for three months, my blood cholesterol has changed so much for the better that I sincerely believe my odds of longevity have greatly increased.

I lived my first three decades as an enthusiastic carbs eater, enjoying my pasta, bread, and (when I turned 18 in Australia) beer, with high activity levels ensuring my clothes always fit. Then in my 30’s I found out I had high cholesterol. A family history of heart disease suddenly became relevant to my long-term health. It came as a shock to realise I was mortal, but after following the standard medical practice of cutting out saturated fat, etc, my lipids seemed to be under control.

Along came marriage and a child, and suddenly my evenings and weekends of activity were curtailed. Yet without a change to my eating habits my jeans got tighter and I decided something needed to be done.

With the conventional assumption that a calorie was a calorie, a low fat restricted diet seemed the best way to get rid of excess flab and with a trusty food app installed on my iphone I began. I was successful over a six month period at getting rid of 25 pounds (from 185 to 160), but boy did it hurt. And after hitting my target I watched my scale gradually drift back to 170…175..180… back to where I started with nothing to show for it but an extra hole in my belt and a forgiving wife who didn’t want to suffer through my hunger crankiness again.

And I still had high cholesterol. At this stage I had pretty much resigned myself to following in my father’s footsteps with an eventual prescription for statins followed by a heart bypass and eventually something worse.

As an avid reader of blogs I had discovered Mr. Money Mustache and in August 2012 he wrote an article on The Primal Blueprint. I read it but it didn’t really sink in because most of my spare mental energy was directed towards a planned move from Australia to the USA.

We landed in Oregon in 2014 where I re-discovered a more active lifestyle but also the delights of a rapidly growing microbrewery industry. Having the flexibility of working from home allowed me to keep my waistline sort-of in check. One factor that did end up nudging me towards a Primal diet was the unpleasant discovery that nearly all bread in the USA tasted sweet given added sugars/HFCS. So instead of having sandwiches for lunch, I got into the habit of cooking usually a variety of meat / legumes / vegetable stir-fry. Despite this, I was still enjoying my Grape Nuts in the morning, occasional pastries for snacks, and regular dinners with pasta or rice.

After a year or so it was time for a medical checkup and to my dismay my cholesterol levels were looking grim with a Triglycerides/HDL ratio of >8x. After a heart scan, it appeared my cardiovascular system was still OK, but now being in my early 40’s it appeared it was time to join millions of others and start taking medication; something I was not looking forward to.

I begged off a prescription for a year, deciding to focus on a stricter ‘low cholesterol’ diet to see if that would improve my blood levels. Remember, I had been aware of Mark’s work for several years, but never had the catalyst prompting me to embrace Primal. Then I found the blog of Zach Bitter, an ultramarathon runner (and holder of several endurance world records) who shifted from a high carb to high fat diet in 2012. He had posted before-and-after biometrics data that clearly showed a dramatic improvement in his lipids profile. Reading that post was my ‘Ah-Ha!’ moment when I properly appreciated the real life benefits that Primal could give me.

This occurred at the start of summer last year and as luck would have it our family set out on a road trip to Colorado, catching up with extended family and seeing the sights. This vacation did include a lot of hiking, as well as a lot more dining out with beer and desserts. As you might expect my bathroom scales were not pleased, with my weight hitting 186 lb on our return.

This was the final catalyst to spur me to action. I began to strictly follow The Primal Blueprint using a food app (MyFitnessPal) to make sure my diet included less than 100 grams of carbs a day. My digestive system was a little upset during the first four weeks as I shifted my daily routine from (for example) having a big bowl of cereal for breakfast to coffee with a dab of coconut oil and cream. What did come as a pleasant surprise was how quickly my sensation of hunger changed from an acute, sharp pain to a rather muted background feeling. Whilst eating Primal did increase our family’s spending on food, I ate out and drank a lot less which helped the budget. I was careful to keep my calorie intake well under control using the food app and over three months lost 15 pounds without having to suffer a feeling of constant hunger. Another factor I also consider important is that with a Primal strength training plan I did get stronger which indicated to me that I was not sacrificing muscle tissue

The real proof of the pudding came in December last year when I had my cholesterol tested again. After three months of strict Primal my Triglycerides/HDL ratio had fallen to 3.4x. Although still too high, I was delighted to see such a rapid change and progress towards a healthy cardiovascular system in a relatively short time and I truly felt that I had been given a clear shot at a longer and healthier life.

So where does that leave me now? I’ll be maintaining my Primal lifestyle and will get another cholesterol test done this summer which should hopefully show further progress in my lipid profiles. Meanwhile, I am enjoying having steady energy throughout the day as well as the gustatory pleasures of doing nearly all my own cooking and eating high fat meals. Cutting back on beer from a regular glass a day was hard, but now I usually have one a week as a treat after some hard work and find that I am enjoying the taste with considerably greater intensity.

In conclusion there are a couple of things I would like to pass onto any new Primal followers:

1. Overeating: Now that my body is adjusting and I’m on the way to being a Fat Burning Beast, the biggest challenge I have with food is a tendency to overeat because everything tastes so good, especially snacks. A few pieces of dark chocolate? Yes, please. How about another handful of almonds and macadamia nuts? Sounds great! Hmmm, that full fat yoghurt with some flaked coconut was nice, there’s still a few spoonfuls in the bowl? Can’t wait! I easily dropped to 170 pounds with the assistance of calorie tracking, but when I shifted to relying on internal cues at the start of this year I did slowly regain a pound or two.

2. Hunger and Habit: My efforts at a high carb calorie restricted diet were painful, so I was wary of a change to Primal since the physical bulk of Primal meals are much smaller than carbohydrate-laden meals (such as a big plate of pasta) for the same energy intake. This also goes back to my Overeating comment (1.), so be aware of portion sizes when starting out. My breakfast habit took me a while to break as I was eating in the morning when not hungry. Also, four decades of habit made me always clean my plate and then look for seconds. So I’ve been devoting a lot of mental effort to portion control and stopping when sated. I recommend Jan Chozen Bays’ book Mindful Eating as an excellent place to start if any readers have had similar problems.

3. Cardio Exercise: Mark brought the issue of chronic cardio to our attention, highlighted by his own experience as a professional athlete. I followed Mark’s plan with short duration, high intensity sprinting but my heart wasn’t in it. I loved to sprint when playing sport, but my days of contact rugby are over. Going back to Zach Bitter’s blog I discovered Dr. Phil Maffetone who suggests constant heart rate exercise at low levels to ensure fat burning. Having purchased a heart rate strap and watch I have started running again and I am relishing a few 1hr sessions slowly trotting around Bend each week. I can return home refreshingly tired but not exhausted—and importantly not starving for a carb-laden snack. I consider this approach makes me more of a long-distant cousin of Grok, living in Africa and gradually running down an impala for his daily serving of saturated fat, instead of fleeing from a bear (that wants Grok’s fresh-caught salmon).

4. Strength Exercise: When younger I was a bit of a gym junkie, taking a break from my office routine during the week to do a daily weights session. Now I do my training at home, having installed a homemade chin-up bar in our garage and purchased a 100lb barbell from Dick’s Sporting Goods. A session takes me less than 10 minutes: push-ups to failure, overhand wide grip chin-ups to failure, clean and jerks to almost failure (heavy weight overhead), another round of push-ups to failure, underhand narrow grip chin-ups to failure, then I finish with some deadlifts. I don’t even bother changing into exercise clothing as the short duration/high intensity gets me nice and warm but not sweaty, and I can do a couple of sessions a week when I feel like it. It also keeps my strength close to Mark’s Primal Essential Movement ‘mastery’ levels

5. Cooking: You will likely need to spend a lot more time preparing food, so get creative with any time saving ideas. Mark has his ‘Big Ass Salad’; my equivalent in winter months has been a soup base that I prepare on weekends. I purchase organic cauliflower, carrots, celery, and kale as the basics, finely chop them in a food processor, and freeze in single serves. When I have lunch, I pull a serve from my freezer, add some stock / broth in a pot, and either coconut oil and curry powder or olive oil and herbs / spices (or for a special treat, duck fat and some chopped organic chicken breast). It is ready in 10-15 minutes.

Compared to some of the transformations I’ve seen on Mark’s “Success Stories,” I feel my story is quite modest. You don’t need to be at a personal low to gain from adopting a more Primal lifestyle, and the underlying health benefits that have already emerged make it worthy for anyone reading this to give it a try. 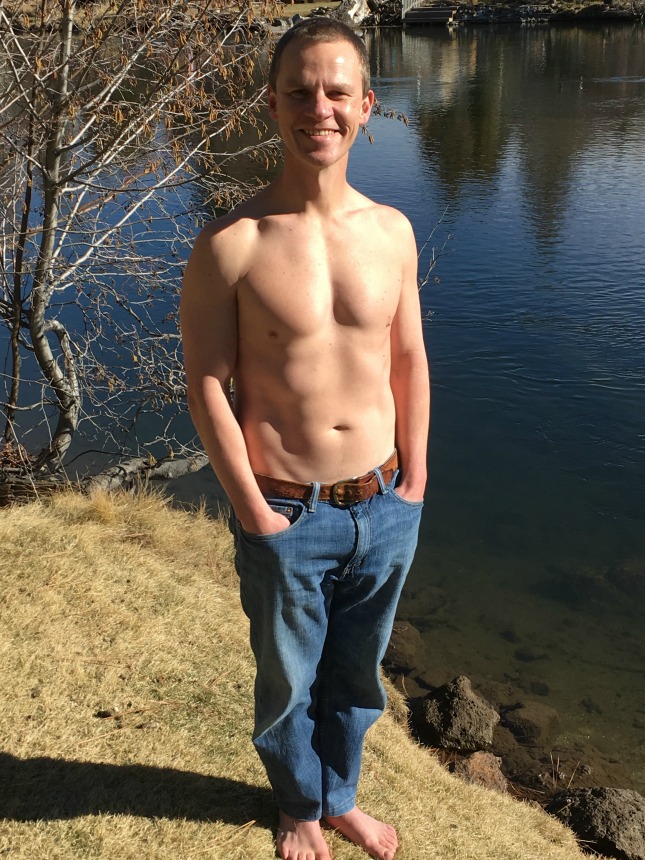 The post A Heartfelt Thank You For Giving Me a Decade of Life appeared first on Mark's Daily Apple.