Will Saturated Fat Kill Your Cells? 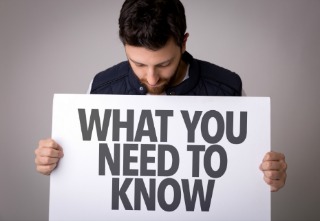 No matter what kind of evidence comes out to the contrary, the anti-saturated fat sect won’t relinquish its dogma. Whenever its advance is rebuffed—perhaps by an observational study showing the lack of relations between saturated fat intake and heart disease, or a study showing the beneficial effects of saturated fat on multiple health markers—they regroup and try another route. The latest is a study that several readers sent to me, worried that the attack had finally made it through the defenses. In it, researchers purport to show that saturated fat increases the solidity and rigidity of cellular membranes, reducing membrane fluidity and eventually leading to cell death.

Is it true? Have we finally lost? What was this study all about?

First, there’s this. They weren’t dealing with live humans or even whole animals fed butter or coconut oil. They extracted living cells and bathed them in solutions of different fatty acid concentrations to see how it would affect the lipid concentration of the cell membranes.

This study focused on the endoplasmic reticulum (ER), which takes up about half of the cell membrane and has high metabolic activity. The ER produces lipids and hormones and contains ribosomes that synthesize proteins. It’s an important part of the cell, and it needs the right amount of fluidity to perform its tasks. Not too rigid, not too liquid.

The setup sounds a bit silly—are our cells really “bathed” in fatty acids?

The more palmitic acid a cell was exposed to, and the longer the exposure persisted, the more saturated and less fluid the cell membrane became. This wasn’t good. A cell membrane needs to be fluid for it to perform its functions. Solid membranes will eventually kill the cell.

So, saturated fat is bad again?

Not quite. We must keep in mind that more fluidity isn’t always desirable. In some Alzheimer’s patients, for example, platelets and brain cells are excessively fluid.

And finally, this wasn’t a diet study. They weren’t feeding fat sources to animals or humans and studying the effects of cell membrane fluidity. There’s no indication that the cellular environments they created bear any relation to the cellular environments we create by eating different fats. When you do that in actual humans, the fluidity of the dietary fatty acids consumed has no relationship to stroke or heart attack risk. The fluidity of the plasma, which is a more similar scenario to the one examined in this study, does. The next phase of this study would need to look at how the foods we eat affect the fluidity of our membranes.

I don’t think it will show what they expect.

All that said, it’s a good idea to eat a mix of fatty acids. Many studies show that the incorporation of monounsaturated or polyunsaturated fats into saturated fat-rich cellular membranes normalizes their function. We need both. We need them all. Hell, the study featured in this post got the same results by adding a little oleic acid or DHA to the palmitic acid soup. It completely normalized membrane fluidity and, in their words, was able to “rescue the cytotoxicity” of palmitic acid.

We see this pop up in other studies. Isolated palmitic acid has a number of dastardly effects on health, while adding different fats changes the game entirely:

That’s a more realistic situation for our cell membranes. And while it’s easy to get caught up in scary research results, we have to understand that the situations they contrive are not representative of waking, eating, walking reality. We don’t eat pure palmitic acid. We eat food containing dozens of different fatty acids. About the only time we get a huge influx of pure palmitic acid is when we eat too many carbohydrates and our liver converts the excess into palmitic acid. Thus, olive oil isn’t “rescuing” us from the palmitic acid we eat. It’s all just food. The “rescuing” comes built in, as long as you’re eating food.

Unless you’ve got a fatty acid fractionator for isolating your own palmitic acid which you then inject directly into your blood, don’t worry about this one. Not yet, anyway.

Just keep eating your Primal diet—and the diverse fats in it:

Your avocado oil and olive oil.

Your butter and cheese and yogurt.

Your meat, your eggs, your fish.

And keep doing all the other good things you’re doing.

All will be well.

Thanks for reading, everyone. What do you think? Still worried? Share your thoughts down below.